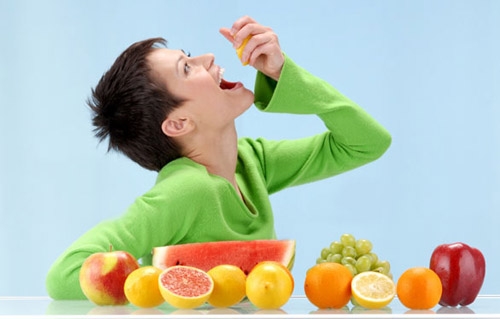 Antioxidants directly boost the performance of the immune system. Increase your intake of the antioxidants vitamin C, vitamin A, beta and mixed carotenes, vitamin E and selenium. But rather eat the foods containing these antioxidants than going for supplements – studies have shown that these can be detrimental to your health.

Fruit and veg daily. Eat lots of fresh fruit and vegetables and drink a glass of freshly squeezed orange juice every day (with 250mg of vitamin C per glass, it is enough for a child’s daily needs in winter, but an adult needs a little more).

De-stress. Control your stress levels with daily relaxation techniques. Ongoing stress places a tremendous strain on your immune system, and this makes you susceptible to viruses that are doing the rounds.

Drink lots of tea. Researchers in Boston found people who drank five to six cups of black tea each day seemed to get a boost in that part of the immune system that acts as a first line of defence against infection.

More than just cereal. French and Spanish researchers found that cereal rich in polyphenols could restore the immune system and extend your lifespan.

Unique soya. Prebiotics, such as the oligosaccharides (which are fermented and not digested) in soya make the immunity-boosting organisms grow more rapidly and enhance their positive effect.

Pre- and probiotics. Pre- and probiotics are powerful immunity boosters. Prebiotics are food components that improve the food supply of the bacteria in the gastrointestinal tract, so that the beneficial bacteria can grow and flourish. Probiotics are cultures of the beneficial bacteria that occur in the intestinal tract of healthy human beings. Probiotics increase the uptake of important minerals from the GI tract thus preventing deficiencies, which lower immunity.

Essential nutrients. Micronutrients such as vitamin A, iron and zinc improve immunity in both old and young. Vitamin A reduces the risk of infection. Iron boosts immunity via a number of important enzymes and immunity factors. Zinc plays an important role in normal growth and increases antibody production.

Cut down on kilojoules. Limiting consumption of kilojoules seems to boost key infection-fighting cells in the immune system, researchers say. In a study done with rhesus monkeys it was found that kilojoule restriction improved the maintenance and production of T cells.

The Germiest Places in Your Community

How to Keep Your Immune System Healthy