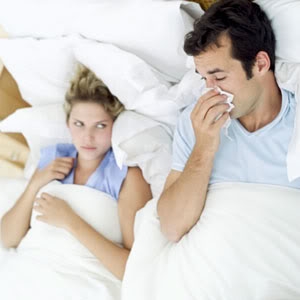 A germ invades successfully and makes you sick. Is it possible to intervene in this process and make your immune system stronger? What if you improve your diet? Take certain vitamins or herbal preparations? Make other lifestyle changes in the hope of producing a near-perfect immune response?

The idea of boosting your immunity is enticing, but the ability to do so has proved elusive for several reasons. The immune system is precisely that — a system, not a single entity. To function well, it requires balance and harmony. There is still much that researchers don’t know about the intricacies and interconnectedness of the immune response. For now, there are no scientifically proven direct links between lifestyle and enhanced immune function.

But that doesn’t mean the effects of lifestyle on the immune system aren’t intriguing and shouldn’t be studied. Quite a number of researchers are exploring the effects of diet, exercise, age, psychological stress, herbal supplements, and other factors on the immune response, both in animals and in humans. Although interesting results are emerging, thus far they can only be considered preliminary. That’s because researchers are still trying to understand how the immune system works and how to interpret measurements of immune function. The following sections summarize some of the most active areas of research into these topics. In the meantime, general healthy-living strategies are a good way to start giving your immune system the upper hand.

Your first line of defence is to choose a healthy lifestyle. Following general good-health guidelines is the single best step you can take toward keeping your immune system strong and healthy. Every part of your body, including your immune system, functions better when protected from environmental assaults and bolstered by healthy-living strategies such as these:

Many products on store shelves claim to boost or support immunity. But the concept of boosting immunity actually makes little sense scientifically. In fact, boosting the number of cells in your body — immune cells or others — is not necessarily a good thing. For example, athletes who engage in “blood doping” — pumping blood into their systems to boost their number of blood cells and enhance their performance — run the risk of strokes.

Attempting to boost the cells of the immune system is especially complicated because there are so many different kinds of cells in the immune system that respond to so many different microbes in so many ways. Which cells should you boost, and to what number? So far, scientists do not know the answer. What is known is that the body is continually generating immune cells. Certainly it produces many more lymphocytes than it can possibly use. The extra cells remove themselves through a natural process of cell death called apoptosis — some before they see any action, some after the battle is won. No one knows how many cells or what kinds of cells the immune system needs to function at its optimum level.

Scientists do know more about the low end of the scale. When the number of T cells in an HIV/AIDS patient drops below a certain level, the patient gets sick because the immune system doesn’t have enough T cells to fight off infection. So there is a bottom number below which the immune system can’t do its job. But how many T cells is comfortably enough, and beyond that point, is more better? We don’t know.

Many researchers are trying to explore the effects of a variety of factors — from foods and herbal supplements to exercise and stress — on immunity. Some take measures of certain blood components like lymphocytes or cytokines. But thus far, no one really knows what these measurements mean in terms of your body’s ability to fight disease. They provide a way of detecting whether something is going on, but science isn’t yet sufficiently advanced to understand how this translates into success in warding off disease.

A different scientific approach looks at the effect of certain lifestyle modifications on the incidence of disease. If a study shows significantly less disease, researchers consider whether the immune system is being strengthened in some way. Based on these studies, there is now evidence that even though we may not be able to prove a direct link between a certain lifestyle and an improved immune response, we can at least show that some links are likely.

Nutrition and Your Immune System

How to Keep Your Immune System Healthy