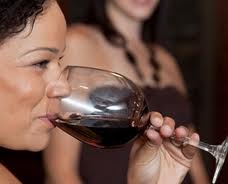 A study conducted by the University of Surrey showed that couples with a previous history of infertility who made changes in their lifestyle, diet and took nutritional supplementshad an 80 percent success rate.  Given that the success rate for IVF is around 25 per cent, it’s worth considering these options.

Natural treatment plans are, by their nature, extensive and really do need to be adjusted to suit your individual needs.

Remember that it takes at least three months for immature eggs (oocytes) to mature enough to be released during ovulation. It also takes at least three months for sperm cells to develop, ready to be ejaculated. This means that when you are trying to improve your fertility, you need to have a three-month period before conceiving. This is called ‘pre-conception care’ and it’s as important to take as much care during this period as it is during a pregnancy itself.

If you are going for IVF treatment or another assisted conception procedure, you should follow the recommendations listed below in order to increase the chances that the procedure will work.

Both you and your partner should follow the dietary recommendations explained in the Nutrition Section (The Foundation of Health) Although it goes without saying that a healthy diet is crucial to a successful pregnancy and a healthy baby, many people are unaware of the fact that diet can help to correct hormone imbalances that may affect your ability to conceive. There are also certain foods and drinks that are known to lower fertility.

Alcohol will affect both you and your partner. In fact, drinking any alcohol at all can reduce your fertility by half – and the more you drink, the less likely you are to conceive. One study showed that women who drank less than 5 units of alcohol a week (equal to five glasses of wine) were twice as likely to get pregnant within six-months compared with those who drank more.

Research has also shown that drinking alcohol causes a decrease in sperm count, an increase in abnormal sperm and a lower proportion of motile sperm. Alcohol also inhibits the body’s absorption of nutrients such as zinc, which is one of the most important minerals for male fertility.

As difficult as it may seem, you should eliminate alcohol from your diets for at least three months in order to give yourself the best possible chance of conceiving.

There is plenty of evidence to show that caffeine, particularly in the form of coffee, decreases fertility. Drinking as little as one cup of coffee a day can halve your chances of conceiving and just two cups a day increases the risk of a miscarriage. One study showed that problems with sperm: sperm count, motility and abnormalities, increase with the number of cups of coffee consumed each day. Once again, it’s important to eliminate all caffeine-containing food and drinks for at least three months before trying to conceive. That includes colas, chocolate, black teas and coffee, among other things.

Xenoestrogens are essentially environmental oestrogens, coming from pesticides and the plastic industry. When you are trying to conceive, one of the most important things you need to do is to balance your hormones. It is extremely important to avoid anything that might cause an imbalance, and one of the main culprits is the xenoestrogens. One of the best ways to eliminate an excess intake of xenoestrogens is to eat as much organic produce as possible for the pre-conceptual period. For more information on how to control xenoestrogens see my book Getting Pregnant Faster.

Smoking has definitely been linked with infertility in women. It can even bring on an early menopause, which is a particularly important consideration for older women who may be trying to beat the clock. Smoking can decrease sperm count in men, making the sperm more sluggish, and it can increase the number of abnormal sperm. With men, the effects on fertility are increased with the number of cigarettes.

Increase Fertility with the Right Nutrition