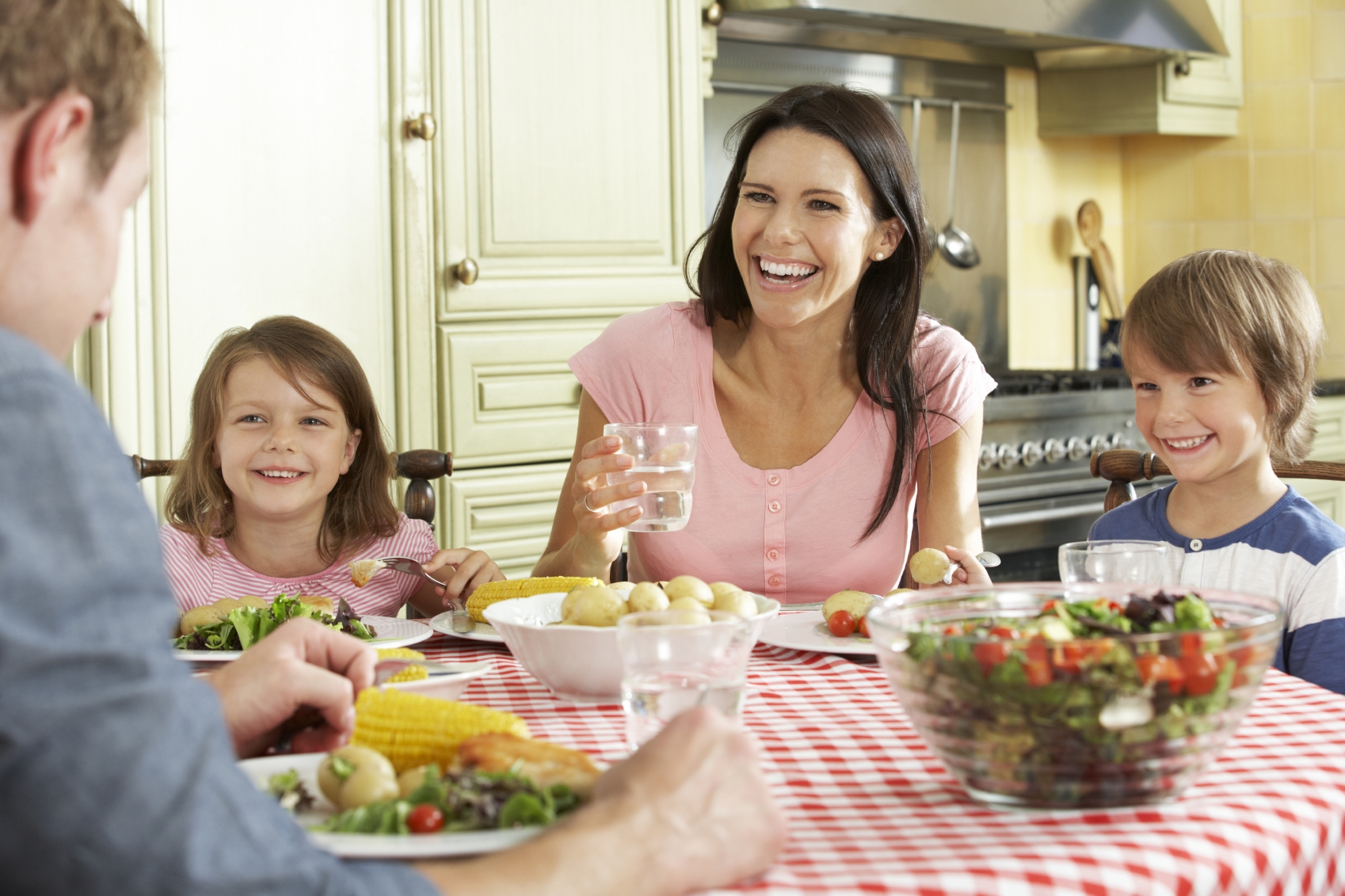 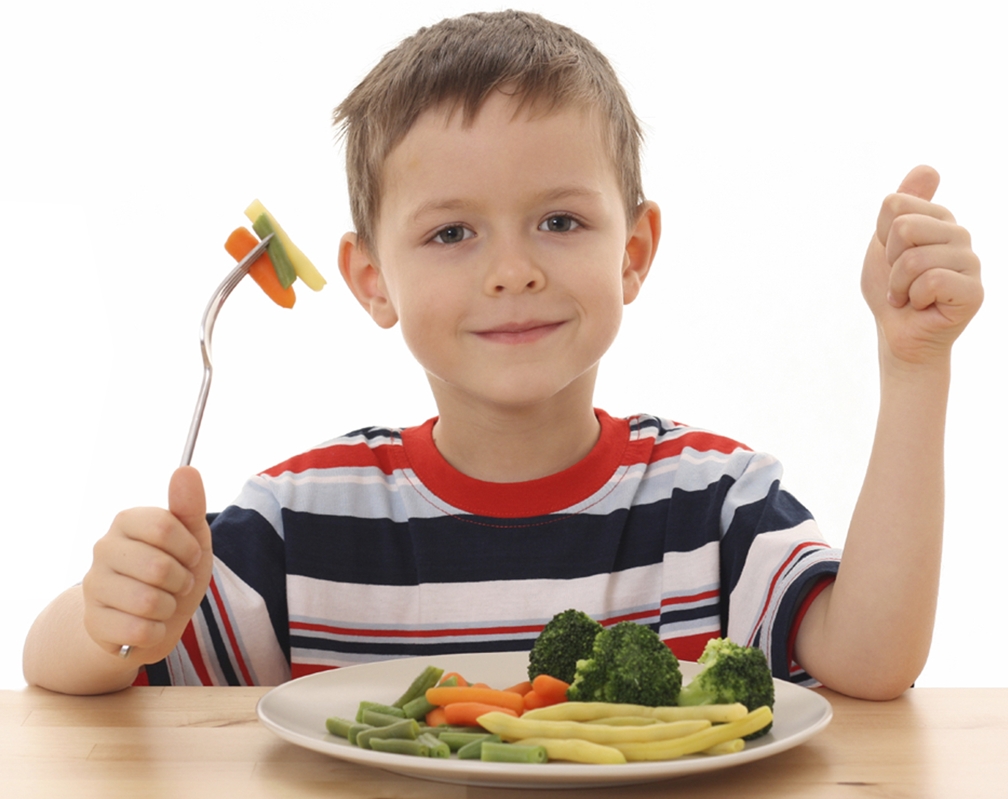 Not only might these options slide down the hatch, they’ll provide an alphabet of vitamins and tons of fibre too.


Get a daily dose. Try to give your child at least three (and preferably five) servings of vegetables and two servings of fruit each day. Keep in mind that toddler servings are pretty small (about one tablespoon for each year of age for most cooked veggies), so a little goes a long way!

It takes a garden. To encourage eating a wide variety of veggies, make them available at every meal.  Cooked asparagus, broccoli, and peas are all good “green” options to add to the spread. For additional variety (and colour), serve mashed sweet potatoes, carrots, red bell peppers, and unsweetened pumpkin puree.

Be a good role model.Your own (positive) attitude about vegetables will go a long way toward getting your toddler to eat them up. If he sees you (or an older sib) snacking on carrots, chances are he’ll want some too.

Factor in fruit for toddlers.Great news for mothers of veggie-hating tots: Fruits offer many of the same nutritional benefits, but often don’t evoke the same yuck factor. Fruits also come in a rainbow of colours: Think of green kiwis (a good source of vitamin C), yellow bananas (potassium), and orange cantaloupe (fibre-rich and vitamin C–filled) and apricots (vitamin A).  And don’t forget about smoothies — just throw some fruit in the blender with milk or yogurt and serve (preferably with a silly straw!)

Article derived from: What to expect, Pregnancy and Parenting, every step of the way. 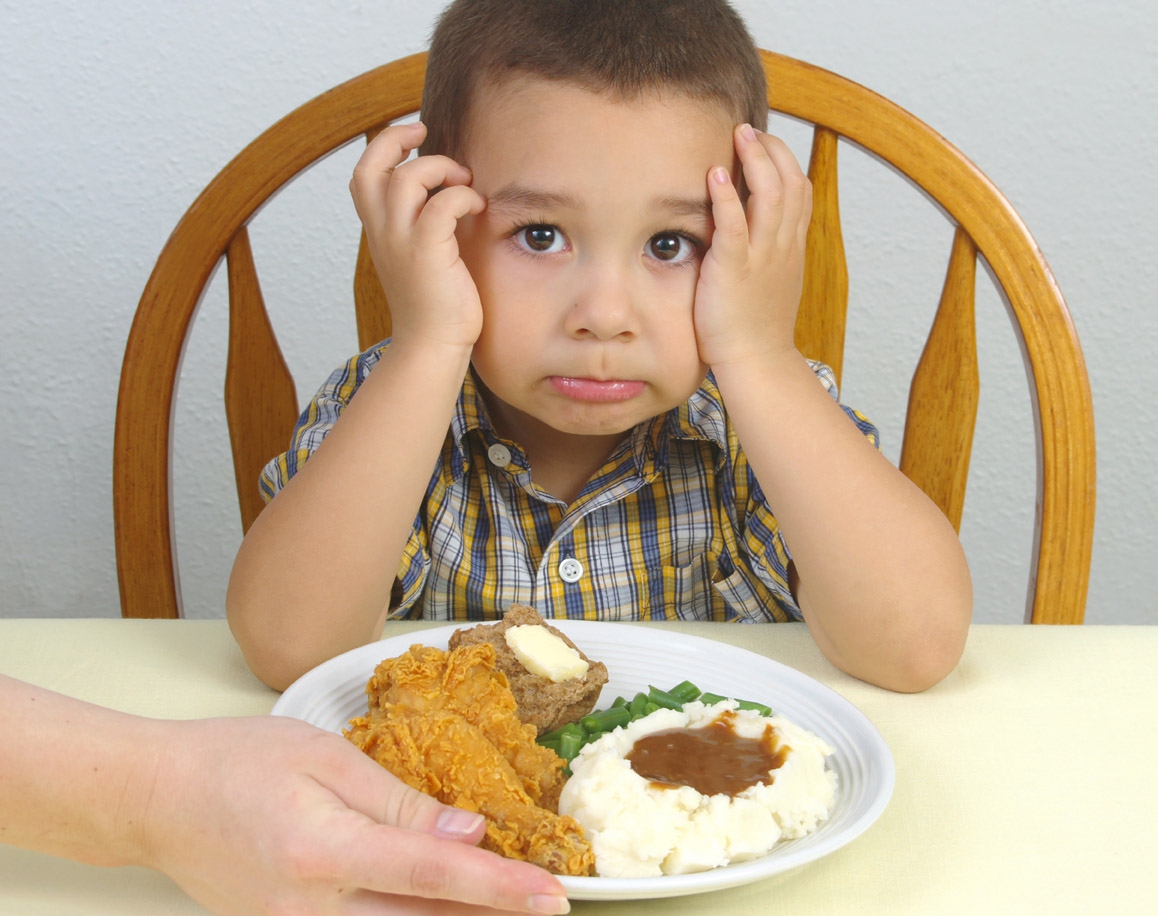 There are kids out there who do not want to eat no matter what time of the day it is and there are those who only wish to eat their favorite foods. The problem is that most of these foods are not healthy and a lot of children lose their desire to eat specifically when it comes to nutritious foods. When a child does lose his appetite, this can cause weight loss and lack of energy. This can prove to be quite alarming for the parents, especially if the child seems small for their age. It could lead to eating disorders or it may be an indication that the child has some kind of sickness.

A lot of kids are picky eaters. If they do not see something appealing on the table in front of them, they would rather go without than eat it especially if it is green and leafy. On the other hand, if you offer them a neat package of prepared junk foods, their emotions will change immediately because they are excited to eat this stuff. Another tactic that they will use is to tell you that they are hungry before dinner in hopes that you will give them a snack that will probably be junk food. This is a great way to ruin their appetite especially if it is close to dinner time. Knowing this, you can adjust your meal times if needed and if they want a snack, provide them with a nutritious one that will increase their appetite. Do not make the mistake of shoving them full of junk food before mealtime.

One of the most common reasons why kids lose their appetite is influenza or flu. That is because when they have this, they do not feel well and have less energy and they lose their ability to taste food. A child will not eat if they cannot taste the food or if their stomach does not feel well. If your child has a sudden loss of appetite, then you should check their temperature, as they could be coming down with the flu. Try to give them soups and natural fruit juices if they are sick and do not force them to eat full solid meals. It is also okay to let then eat their favorite snack once or twice as this will help them to get their mind off from sick.

Too much pressure or stress is another reason for appetite loss in children. This can take away their desire to eat. There are signs that you can look for such as aloofness, sadness or irritability in your child. If he is having problems in school such as bullying or is fighting with his siblings or best friend, this could be the reason for his appetite loss. Make sure that you are not putting too much pressure on your child to eat and do not force feed them as this can lead to severe eating disorders such as anorexia or bulimia. The best thing that you can do is to start feeding your child healthy foods at an early age and that way, they will get used to eating and liking them and they will not crave junk foods as they get older.

Distractions are also a major factor that can keep children from mealtimes. Two of the most distracting ones are that of television and computer games. If they are capable of distracting adults from their work or doing other important things, think of the impact that they have on children during mealtimes. Our kids are followers and if they see a bad example being set in front of them, then chances are, they are going to take the lead. This is why it is very important to encourage your whole family to sit down together and eat as a family unit. It is okay to let them get away with eating in front of the television once in a while, but do not make a steady habit of it as it can take away your child’s needed nutrition.

These are just a few of the reasons for appetite loss in children. Make sure to keep a close eye on your children so they will eat the right foods and develop healthy eating habits. 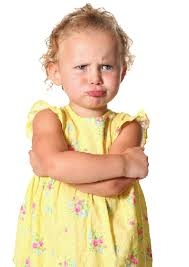 Apples provide satiety and can help suppress your appetite. According to a study published in 2006 in the journal “Appetite,” eating an apple was found to reduce hunger in women. The hunger-suppressing effect of apples may be due to their high amount of soluble fiber and pectin, which help you to feel full.

Evidence suggests that ginger can decrease your appetite and increase satiety. According to a study published in 2012 in the journal “Metabolism,” men who consumed ginger reported decreased hunger and greater feelings of fullness compared to those not given ginger. Based on these results, ginger may play a positive role in weight management, according to the study’s authors.

If you love chocolate, now you may have one more reason to eat it. In a study published in 2010 in the journal “Regulatory Peptides,” the relationship between appetite and gastrointestinal hormones after smelling and eating dark chocolate was evaluated. Researchers had women either smell or eat 30 grams of dark chocolate that contained 85 percent cocoa. Both smelling and eating the chocolate was shown to induce appetite suppression in the subjects. 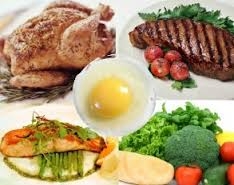 Scientists have long recognized that people who live in poverty and are malnourished are more vulnerable to infectious diseases. Whether the increased rate of disease is caused by malnutrition’s effect on the immune system, however, is not certain. There are still relatively few studies of the effects of nutrition on the immune system of humans, and even fewer studies that tie the effects of nutrition directly to the development (versus the treatment) of diseases.

There are studies of the effects of nutritional changes on the immune systems of animals, but again there are few studies that address the development of diseases in animals as a result of changes in immunity. For example, one group of investigators has found that in mice, diets deficient in protein reduce both the numbers and function of T cells and macrophages and also reduce the production of immunoglobulin A (IgA) antibody.

There is some evidence that various micronutrient deficiencies — for example, deficiencies of zinc, selenium, iron, copper, folic acid, and vitamins A, B6, C, and E — alter immune responses in animals, as measured in the test tube. However, the impact of these immune system changes on the health of animals is less clear, and the effect of similar deficiencies on the human immune response has yet to be assessed. But the research at this stage is promising, at least for some of the micronutrients.

So what can you do? If you suspect your diet is not providing you with all your micronutrient needs — maybe you don’t like vegetables or you choose white bread over whole grains — taking a daily multivitamin and mineral supplement brings health benefits of many types, beyond any possibly beneficial effects on the immune system. Taking mega doses of a single vitamin does not. More is not necessarily better. Researchers are investigating the immune boosting potential of a number of different nutrients.

Selenium.Some studies have suggested that people with low selenium levels are at greater risk of bladder, breast, colon, rectum, lung, and prostate cancers. A large-scale, multiyear study is currently in progress to look at the effects of combining selenium and vitamin E on prostate cancer prevention.

Vitamin A.Experts have long known that vitamin A plays a role in infection and maintaining mucosal surfaces by influencing certain subcategories of T cells and B cells and cytokines. Vitamin A deficiency is associated with impaired immunity and increased risk of infectious disease. On the other hand, according to one study, supplementation in the absence of a deficiency didn’t enhance or suppress T cell immunity in a group of healthy seniors.

Vitamin B2.There is some evidence that vitamin B2 enhances resistance to bacterial infections in mice, but what that means in terms of enhancing immune response is unclear.

Vitamin B6.Several studies have suggested that a vitamin B6 deficiency can depress aspects of the immune response, such as lymphocytes’ ability to mature and spin off into various types of T and B cells. Supplementing with moderate doses to address the deficiency restores immune function, but mega doses don’t produce additional benefits. And B6 may promote the growth of tumors.

Vitamin C.The jury is still out on vitamin C and the immune system. Many studies have looked at vitamin C in general; unfortunately, many of them were not well designed. Vitamin C may work in concert with other micronutrients rather than providing benefits alone.

Vitamin D.For many years doctors have known that people afflicted with tuberculosis responded well to sunlight. An explanation may now be at hand. Researchers have found that vitamin D, which is produced by the skin when exposed to sunlight, signals an antimicrobial response to the bacterium responsible for tuberculosis,Mycobacterium tuberculosis. Whether vitamin D has similar ability to fight off other diseases and whether taking vitamin D in supplement form is beneficial are questions that need to be resolved with further study.

Vitamin E.A study involving healthy subjects over age 65 has shown that increasing the daily dose of vitamin E from the recommended dietary allowance (RDA) of 30 mg to 200 mg increased antibody responses to hepatitis B and tetanus after vaccination. But these increased responses didn’t happen following administration of diphtheria and pneumococcal vaccines.

Zinc.Zinc is a trace element essential for cells of the immune system, and zinc deficiency affects the ability of T cells and other immune cells to function as they should. Caution: While it’s important to have sufficient zinc in your diet (15–25 mg per day), too much zinc can inhibit the function of the immune system.