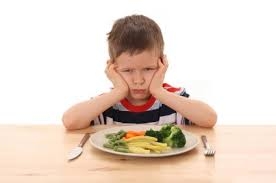 After all, given your tot’s new mobility, he’s far more interested in cruising around and exploring his world than sitting still to eat.

It’s all you can do to strap him into a high chair long enough to dish out a serving. Then, there’s the issue of getting him to actually eat the food you serve; if your toddler is anything like most, he may have become very selective (make thatsuspicious) about the foods he’ll eat. Add these challenges to your toddler’s developing sense of independence (usually asserted with a loud “No!” when you put food in front of him) and you’ve got a perfect storm blocking your feeding efforts. Still, as challenging as getting your toddler to eat well can be, this is actually an ideal time to start teaching him about healthy eating habits. That’s because the patterns he develops now will likely be the ones he’ll carry into adulthood. So start him off right with these golden rules of toddler dining.

Since your child can’t exactly opt out of dinner and take the car to the drive-through himself, you get to decide what’s on the menu. That makes now a prime opportunity to help him learn to like nutritious foods — and to limit the foods that are high in fat, sugar, cholesterol, and sodium. What should you serve? Focus on lean beef and poultry, fish, reduced-fat dairy foods, brightly colored vegetables and fruit, and whole-grain breads, pastas and cereals. For yummyandhealthy meals, use these tips tosneak in nutrientsand modify toddler favorites. And don’t worry if your toddler doesn’t eat from every food group at every meal. As long as his diet is balanced overall, he’s doing fine.

Take your cues from your toddler.

Though Mom and Dad do know best, it’s important to recognize that young children have a pretty good handle on when they need to eat and when they don’t. Some days your child will eat like a horse. Other days, it will seem as though he’s channeling Gandhi on a hunger strike. This is normal, and you don’t need to worry about regulating his every bite. In fact, you’ll be doing your toddler a big favor bynotinsisting he eat when he’s not hungry. Part of teaching your toddler healthy eating habits is helping him to recognize when he feels hungry and when he feels full. Kids who are pushed to have “one more bite” often learn to ignore their bodies’ signals, and that can lead to overeating and weight problems later on. So continue to offer your child regular meals and snacks, but if he decides to pass, let him. You can offer another healthy snack later. If your child consistently doesn’t finish what’s on his plate, try scaling back the portions and letting him ask for more if he wants it. And rest assured that if your toddler is growing well, you can feel confident that he’s on track.

Be a good role model.

Toddlers want to do what they see us doing (that’s why your little guy likes to wear your gloves or talk on Daddy’s cell phone). So if your toddler sees you eating fish and chicken, whole grains, and plenty of fruits and vegetables while avoiding fried and junky foods, he’s much more likely to follow your lead. Plus, you’ll have a tough time explaining why Mommy can eat cookies for dinner while the kids have to eat vegetables!

Mix things up.Who says your toddler can’t have turkey-cheese pinwheels for breakfast or oatmeal for dinner? As long as it’s nutritious, it doesn’t matter when he eats it. Serve whole-wheat pancakes with fruit for lunch or a grilled-cheese sandwich for breakfast. Your toddler may get such a kick out of it, he’ll be more than happy to eat up.

Keep offering new foods.But don’t be discouraged if your little one doesn’t immediately say, “Yum!” It may help to remember that “no” doesn’t really mean “no.” It often means “not now.” Research shows that it can take ten or 15 tries before a toddler will accept a new food. So there’s no need to force the issue each time. If at first you don’t succeed, simply try, try, try again.

Have family meals.This is a great way to model healthy eating habits for your toddler and also teach the lesson that meals are about more than just food; they’re about turning off the TV, putting away the Nintendo Wii, and connecting with family and friends. Plus, studies have found that children who have regular family meals eat more produce and whole grains (and less junk food) than kids who don’t have family mealtime. If dinnertime is too hectic because you have older children involved in after-school activities, find another time that works, like Sunday brunch.

Let your child choose.Toddlers are all about independence, so offer your tot healthy choices (Do you want a whole-grain waffle or cereal for breakfast?). It’s one way you can tap into his desire for control while still making sure he’s eating healthfully.

Clean out the cupboards.If you don’t keep chips, cookies, candy, sugary cereals, punches, and soda in the house, your toddler is less likely to eat or drink them. After all, it’s pretty hard to beg for a treat (or cave in and give your toddler one) if your child can see that there are no treats to be found. That said, there’s no need to ban junk food completely. An occasional splurge (say, at a birthday party or other special occasion) teaches kids that these foods are fine in moderation, and that they don’t have to sneak them behind your back — or binge on them when they finally come their way.

Give up your job as a short-order cook.You want to make food your child likes eating, but you’re not running a restaurant. So rather than cooking something just for your toddler, make a point of including something he likes eating at every meal (say, noodles with tomato sauce or a baked potato with cheese) and then encourage him to taste what you’re having (baked chicken or veggie stew) — and leave it at that. Eventually, he’ll figure out that if he wants to eat more, he’ll need to start eating what’s on the table.

Watch the milk and juice intake.Of course, these are healthy parts of a toddler’s diet. But when kids drink more than 16 to 24 ounces of milk and more than six ounces of juice a day, that can fill them up so they’re not hungry for other nutritious food. Guard against this problem by offering your little one plenty of water or even diluted juice (this will cut the calories and sugar in the juice and make it last longer).

Don’t worry if your toddler eats only one thing — for now.As long as it’s not cotton candy, it’s fine to let your toddler go on a “food jag,” as toddlers are known to do. Usually these jags are short lived. So don’t stress: Continue to present your tot with a variety of healthy options, and keep reminding yourself that this, too, shall pass, and he’ll eventually outgrow this phase. In the meantime, your toddler’s current meal plan won’t have a long-term negative effect on his health.

Avoid using food as a reward or a show of love.A job well done — going to the potty, picking up toys — deserves kudos. But if you get into the habit of offering treats for every accomplishment, it can lead your toddler to develop an unhealthy emotional relationship with food, which can in turn lead to overeating later on. By the same token, avoid serving up food when what you really mean to serve up is love. This will also send your child unhealthy signals about emotions and food that can lead to overeating. When you want to reward your child or let him know how much you love him, give him hugs and kisses. They’re much more valuable than candy — and calorie-free.

How to Make Children Eat a Variety of Food